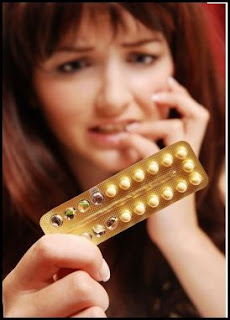 Low Dose Birth Control Hormones are given for birth control and also for hormone replacement therapy (HRT). And the cancer risk with pharmaceutical estrogen first popped up in the 1930's when rats given the drug, all came down with breast cancer, both males and females. In the 1960's this study was repeated with the same results, but funded by Planned Parenthood which saw a gold mine in selling a medication for contraception, research pushed on and in the mid 1960's, the "birth control pill" became available, touted as safe and effective.

Epidemiological studies which are notoriously inaccurate but because of the large numbers involved, convincing to the public (and medical providers also) suggested that giving menopausal women estrogen (and later on, low dose birth control including estrogen and progestin) would relieve their hot flashes and other symptoms associated with menopause and even protect them from heart attacks.

But even after these studies, nursing magazines referred to the "estrogen - breast cancer risk". The Merck Manual also listed these medications as significantly raising the risk for heart attack, stroke and thrombosis (40% higher risk in those taking the hormones). But the general public never heard about these risks and the large epidemiological studies which suggested that this medication was "heart protective" were convincing.

In the year, 2000, 9 million women were on premarin for menopause.

In the early 2000's, 2 NIH double blind studies had to be stopped mid-term because those on estrogen alone or low dose birth control - estrogen and progestin, were getting too many heart attacks, strokes and cancer. And pharmaceutical estrogen was put on the FDA list of cancer causing chemicals in 2005.

Recently a new study, an 11 year point analysis of the Women's Initiative Study Data, suggested that low dose birth control given for Menopause and Hormone Replacement significantly raises the risk of cancer.

The study was reported on in the AMA's Journal. Rowan Chlebowski, of the Los Angeles Biomedical Research Institute at Harbor-UCLA Medical Center, who led the analysis,told the press:

"Women taking estrogen plus progestin are at greater risk from dying from the two leading causes of cancer death in women."

In 2002, there were 110 million prescriptions filed for low dose birth control. By 2005 after both NIH studies had to be halted, prescriptions "plummeted" to 40 million. And the incidence of breast cancer also dropped somewhat.

However, today, millions of women still take the hormones as birth control and hormone replacement therapy. In my acquaintance, I've seen a 17 year old have a stroke (she was on hormones for birth control - it paralyzed her partially) and recently, a woman in her 50's with no other risk factors, had a major stroke paralyzing her totally on one side. This woman was likely on hormone replacement therapy.

It is hoped that with the new analysis, the public will finally consider not taking these hormones.

When my husband and I got married in 1966, the "pill" was a new thing. Everyone asked me enthusiastically if I was planning to take the pill. "No," I told them, "That's a system which is too sensitive and I have a hunch that dumping amounts of pharmaceutical hormones into my body would not be a healthy thing!" I never did take birth control medication - but had no idea how unhealthy and risky those hormones would turn out to be.

NOTE: Natural Progesterone Cream (like "Progesta-Care") is a nice alternative for menopause which cuts the symptoms but does not put the woman at risk. See "WHAT YOUR DOCTOR MIGHT NOT TELL YOU ABOUT MENOPAUSE" by Dr John Lee, MD. (No, I do not sell this but this is what I used to get me smoothly through menopause and also, to avoid a hysterectomy.)
Posted by Sue Joan at 2:37 AM